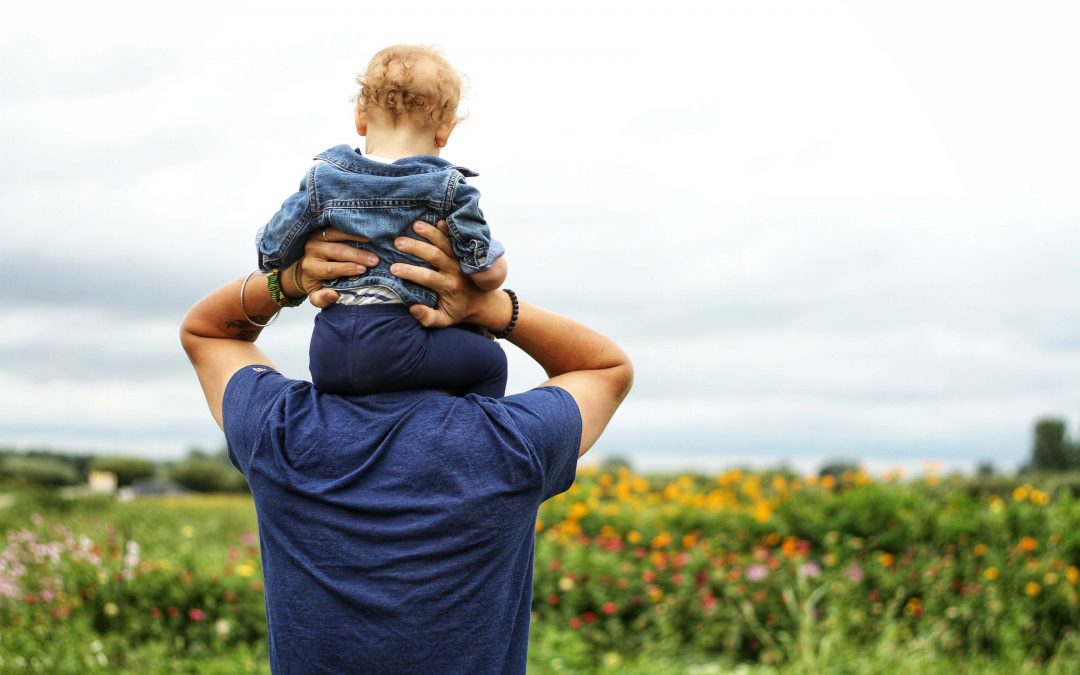 Father’s Day is just around the corner. It is an extremely important day for many of us! It is a day to celebrate and honor the leaders, caregivers, dad-joke tellers, and providers in our lives… Our fathers!

Throughout the Bible, we see tons of references to God as our Father. This tells us that fatherhood is extremely important to the narrative of our faith. It’s something to take note of and learn from in our own lives. Personal relationships with our fathers can sometimes be tricky. But at the end of the day, without the father figures we have in our lives, most of us would be completely different people. Because of this, I wanted to bring some bible verses about dads to your attention that I believe will be encouraging for your church to use around Father’s Day.

In need of some FREE background media for your worship presentation software?  Download this free media pack to get you started today! 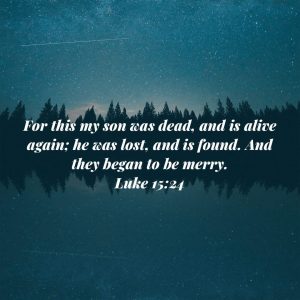 The first passage of scripture is the story of “the prodigal son.” It is a story that almost all Christians and even a lot of non-Christians are familiar with. This story is beautifully told by Jesus, depicting the journey of two sons and a father. I believe nearly every pastor has a story from their ministry experience that can be related to the prodigal son. It’s a great story that is an awesome representation of the biblical father.

18 I will set out and go back to my father and say to him: Father, I have sinned against heaven and against you. 19 I am no longer worthy to be called your son; make me like one of your hired servants.’ 20 So he got up and went to his father.

“But while he was still a long way off, his father saw him and was filled with compassion for him; he ran to his son, threw his arms around him and kissed him.

21 “The son said to him, ‘Father, I have sinned against heaven and against you. I am no longer worthy to be called your son.’

22 “But the father said to his servants, ‘Quick! Bring the best robe and put it on him. Put a ring on his finger and sandals on his feet.

As we see here, the father is neither disappointed nor ashamed of his son. Though the son ran, and though the son practically spat on the face of his father, the father never stopped looking for the son. He didn’t hesitate to give him a kiss and hug on his return home and he never intended his son to slave away to earn back his place at the table. The father in this story is a perfect reflection of God to His children, and this story is a must-have on Father’s Day. 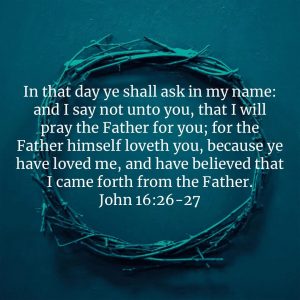 “26 In that day ye shall ask in my name: and I say not unto you, that I will pray the Father for you; 27 for the Father himself loveth you, because ye have loved me, and have believed that I came forth from the Father…”

This is one of my favorite scriptures of all time. When I first discovered these verses it changed my world. For my whole life, I was convinced that God was an angry father. The only way that I could ever even come close to Him would be if I worked hard enough to please Him with my actions. What Jesus said in this scripture, however, was far from my incorrect belief.

“The Father Himself loveth you” was a cold shock to my system. I had never felt the way I did when I read this passage. The fact that the Father took joy and pride in me and that simply being myself was all I needed to do to feel loved was mind-blowing.

In this scripture, you find true love between a father and son. And it isn’t just between Jesus and Father God, but between you and Father God as well. Maybe someone at your church service is thinking the same way I used to think. Maybe they’re telling themselves, “I have to work to please God.” Let’s join together to fight this mentality! Maybe something as simple as putting this passage on your presentation screens can enable this scripture to change someone’s life, just as it did mine.

If you need help with how to powerfully display scriptures like this with church presentation software, feel free to check out our awesome platform MediaShout, designed just for that. We offer a 30-day free trial to get your presentation up and running to impact your congregation even THIS Father’s Day. We have helpful webinars so you can learn how to put up scriptures, sermon points, and song lyrics on screens for your church. Especially with many churches finally reopening in person, worship software may be an extremely useful tool to add to your ministry. 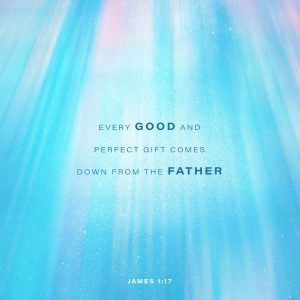 17 Every good gift and every perfect gift is from above, coming down from the Father of lights, with whom can be no variation, neither shadow that is cast by turning.

What an amazing representation of God this depicts. It’s one of my favorite verses to discuss, based on how poetic and beautiful the description of Father God is. “The Father of lights.” I love how much this verse depicts Him as a giver. As someone who doesn’t change– a rock and a constant in our lives. He is a good father, who loves to give from the access of heaven. When we serve the Lord, we gain access to our inheritance! 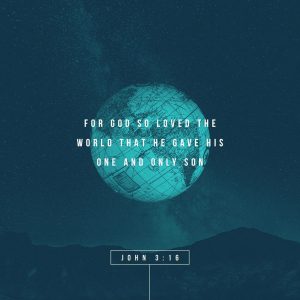 “16 For God so loved the world, that he gave his only begotten Son, that whosoever believeth on him should not perish, but have eternal life. 17 For God sent not the Son into the world to judge the world; but that the world should be saved through him.”

Here it is, the most quoted passage of scripture of all time. But rightfully so. This passage is such a beautiful representation of God’s love to use on father’s day. Our Father in heaven saw us as His own and deemed us worthy enough that He would give His only begotten Son, who didn’t deserve our punishment, as an exchange to be reconnected with us. Beautiful isn’t it?! It’s the greatest mystery and the greatest miracle. We have a connection with the Father because He chose to make a way for us to remain in a relationship with Him despite our own actions to destroy the relationship. No one in history or in the future will ever be as strong and courageous as our King Jesus. 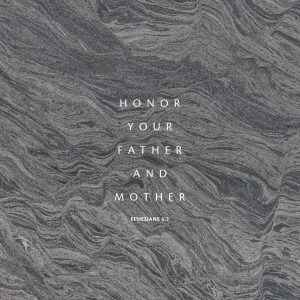 1 Children, obey your parents in the Lord: for this is right. 2 Honor thy father and mother (which is the first commandment with a promise), 3 that it may be well with thee, and thou mayest live long on the earth. 4 And ye fathers, provoke not your children to wrath: but nurture them in the chastening and admonition of the Lord.

I’m convinced, or I at least hope, that the majority of amazing parents also have the majority of amazing sons and daughters. It states in scripture that Jesus is the exact representation of God (Colossians 1:15). So, I contend that this means: The Perfect Son is also the Perfect Father and is also the Perfect Holy Spirit. It’s a relational dynamic of each part of the God-head. Each part reflects each other, over and over again! We can apply the concepts of the relationship of the God-head in our own relationships with our parents and those around us. 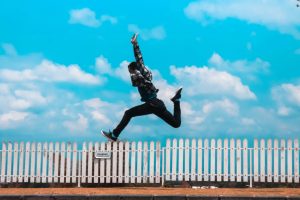 Here’s a list of extra verses I feel are noteworthy for you to use in your Father’s Day services. Be sure to let me know which verses are your favorite in the comments and I’ll be looking to respond to you!

2.) 2 Samuel 7:14-15  – I will be his father, and he will be my son. When he does wrong, I will punish him with a rod wielded by men, with floggings inflicted by human hands. But my love will never be taken away from him, as I took it away from Saul, whom I removed from before you.

3.) Proverbs 20:7 – The righteous man walks in his integrity; His children are blessed after him.

4.) Genesis 18:19  –  For I have known him, to the end that he may command his children and his household after him, that they may keep the way of Jehovah, to do righteousness and justice; to the end that Jehovah may bring upon Abraham that which he hath spoken of him.

5.) Proverbs 14:26 – In the fear of Jehovah is strong confidence; And his children shall have a place of refuge

6.) Psalm 127:3-5 – Behold, children are a heritage from the Lord, the fruit of the womb a reward. Like arrows in the hand of a warrior are the children of one’s youth. Blessed is the man who fills his quiver with them! He shall not be put to shame when he speaks with his enemies in the gate.

9.) Deuteronomy 1:31 – “ There you saw how the LORD your God carried you, as a father carries his son, all the way you went until you reached this place.”

Do you have Scripture for Father’s Day that inspires you that wasn’t listed here? Let us know and leave it in the comments section below!